Actress Varalakshmi Sarathkumar has received critical acclaim as ‘Jayamma’ in Ravi Teja’s ‘Crack’ movie. Allari Naresh’s recently released movie ‘Nandi’ also impressed the Telugu audience as ‘Aadya’. The seller is currently rumored to be starring in a crazy Tollywood project. Stylish‌ star‌ directed by Koratala Shiva Allu ArjunIt is known that a movie will be screened as a hero. Information that #AA21 is also shaping up with a social message, just like the fights past movies. There are rumors circulating in the film world that Bunny will be seen first as a student leader and later as a political leader.

Against this backdrop, social media is buzzing that Varalakshmi Sarathkumar will be seen in a pivotal role in the movie Bunny. She is rumored to be playing the role of a politician. It is known that in the past, Sandeep Kishan had cultivated vilinism as a political leader in the Telugu film ‘Tenali Ramakrishna BABL’. Ilayadalapati Vijay also did a similar performance in the movie ‘Sarkaru’. In this context, fans are commenting that she will definitely be seen in the movie Bunny. And we really have to wait until the official announcement to know if Varalakshmi will be a part of this project! 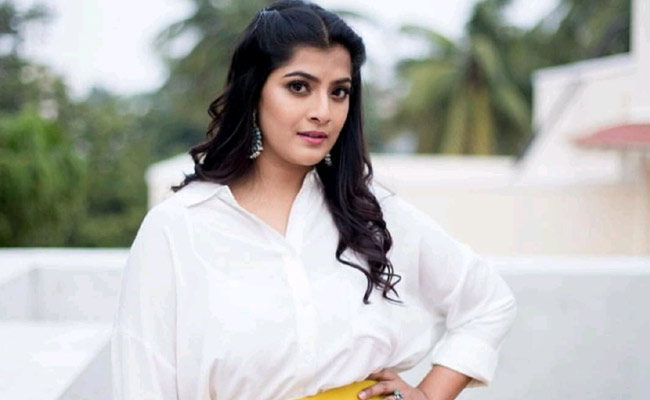 Read on: ‘Bebamma’ .. Have you seen the small ads?