Swedish climate activist Greta Thunberg created quite a storm in India after she tweeted in support of farmers’ agitation and accidentally shared a toolkit on the protests earlier this month. Several activists are under police lens in relation to the toolkit probe and social media users have been relentless against her.

Amid this, an image of Greta having food while a group of poor children stares at her through a window is being shared on social media, questioning the integrity of the young environment activist.

Calling Greta a fake activist, some users compared her with Karnataka environmentalist and Padma Shri awardee Saalumarada Thimmakka. The image is being shared with the trending hashtag #AskGretaWhy.

India Today Anti Fake News War Room (AFWA) has found that the viral image of Greta is morphed. The original picture shows Greta eating in a train with forest in the background. The image of poor children was taken by Reuters at Bodouli, a village in the Central African Republic, in 2007.

The archived versions of similar posts can be seen here, here and here.

In the original image, it can be clearly seen that Greta is traveling in a train and it is a forest in the background.

In 2019, Brazilian President Jair Bolsonaro’s son Eduardo had come under fire for sharing this morphed image of Greta with poor kids in the background.

However, it is also true that Greta invited criticism over the picture for the plastic materials seen on the table.

Story of the kids

AFWA tried to find the source of the image of the poor children morphed into Greta’s original picture.

This picture was initially carried in a 2007 report by Reuters on a bush war in the Central African Republic. According to the report, the picture was captured at Bodouli village, one of the theatres of fighting between government forces and rebels.

The image description says, “Children living in the forests sit at a makeshift camp for the internally displaced persons near the village of Bodouli August 23, 2007. According to locals, government soldiers attacked Korosigna (in northern Central African Republic) without warning in January 2006, part of a two-year-old bush war fought against rag-tag rebels across northern parts of the former French colony, landlocked in the heart of Africa.” 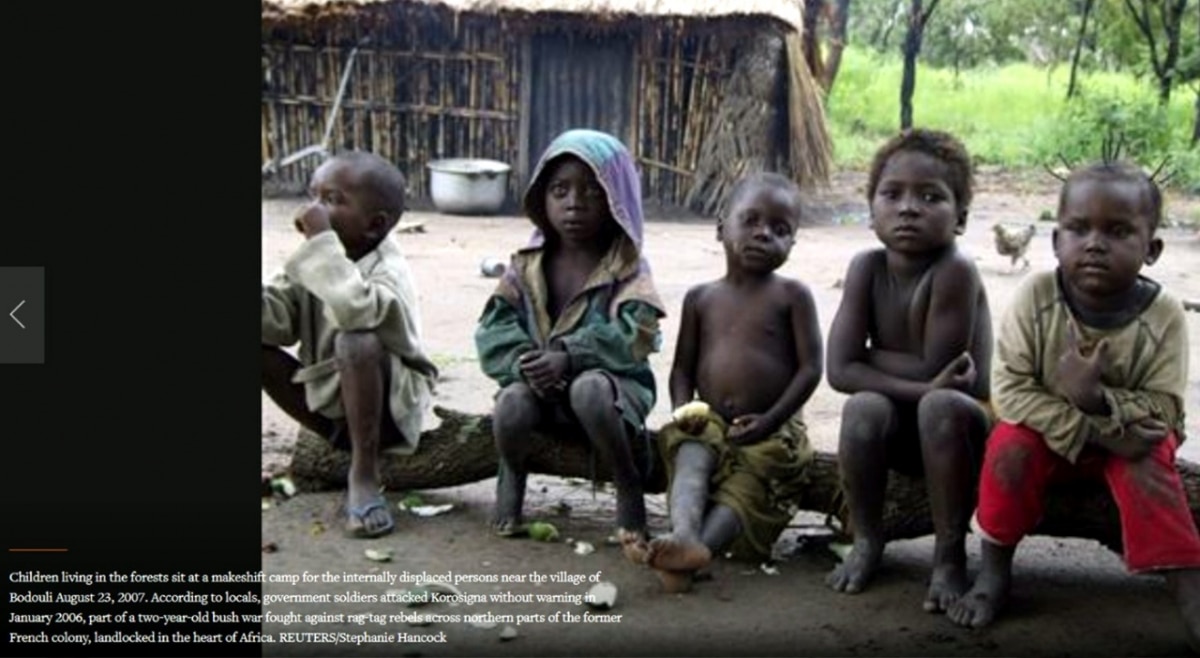 A comparison between the viral image and its original version shared by Greta can be seen below. 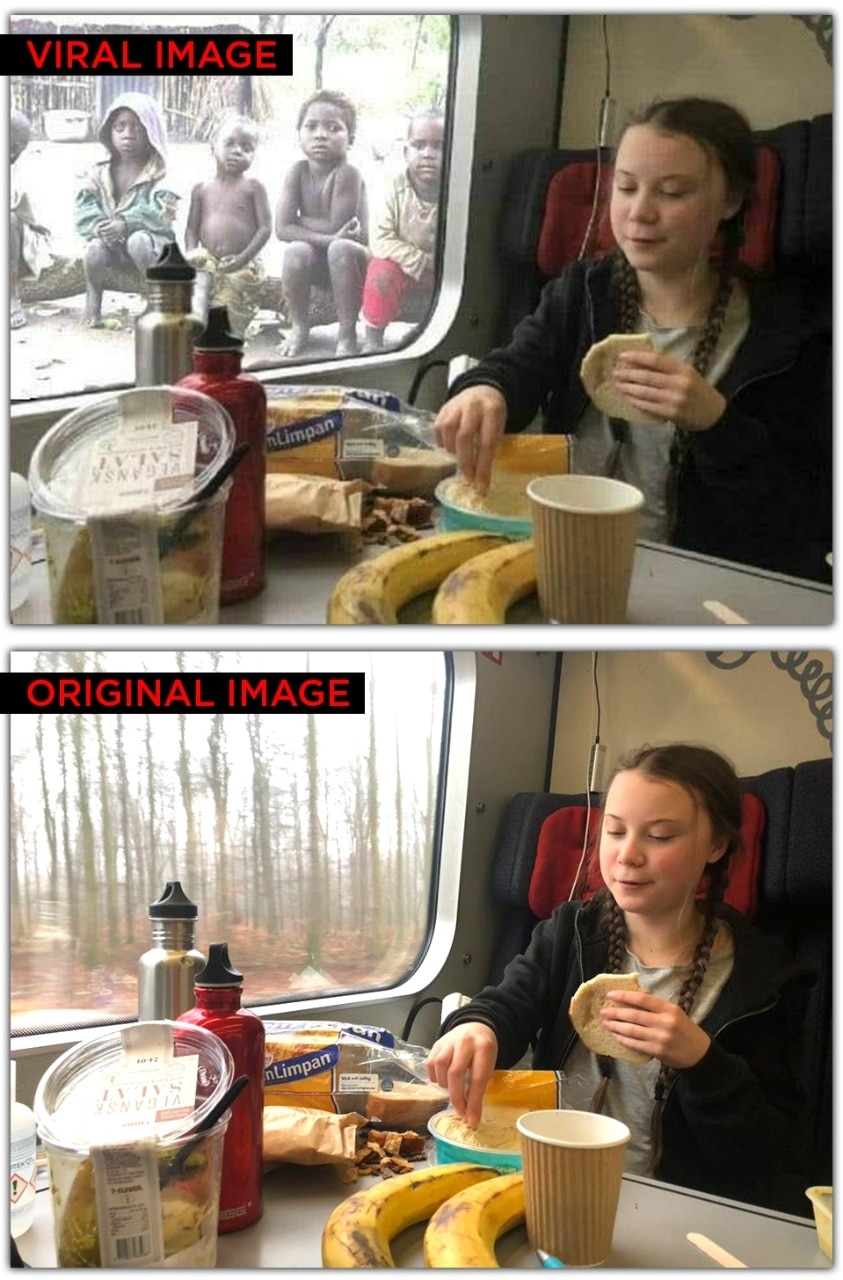 Hence, it is clear the picture being circulated showing Greta having food while a group of poor children stares at her is morphed.

READ | Fact Check: These are not Bajrang Dal members in UP demanding repeal of farm laws

READ | Fact Check: This is not Amulya, the girl who raised ‘Pakistan Zindabad’ slogans in 2020, at the farmers’ protest ClaimImage shows Swedish climate activist Greta Thunberg, who had tweeted in support of farmers’ protest in India, eating luxuriously in front of poor and starving children. ConclusionThe image is morphed. The original picture from 2019 shows Greta eating in a train with forest in the background. The image of the poor children was taken by Reuters at Bodouli, a village in Central African Republic, in 2007.

The number of crows determines the intensity of the lie.