Favorite hero will be overwhelmed with joy when the chance to star in a movie comes. What if such a gift comes from that hero? That happiness cannot be described in words. Big Boss Beauty Himaja The situation is the same now. A hero who adores himself Pawan Kalyan From the snow came a letter. “Best wishes to actress Himaja Gari, I wish you all the best in your career,” Pawan wrote in a letter of best wishes. It is a privilege to write Pawan Kalyane himself. With this, the blissful bliss was boundless. Himaja, who posted the letter written by Pawan on his insta, said that he could not express his happiness in words and emojis. It is known that Pawan Kalyan has given best wishes to many actors who have worked in his films in the past.

It is learned that Himaja is currently starring in a period film starring Pawan Kalyan-Krishna combo. It is learned that she recently shared a selfie taken with Pawan in this regard. Meanwhile, Chitraunit has announced that Pawan-Krishna’s first look and title will be released on March 11 on the occasion of Mahashivaratri. Sri Lankan beauty Jacqueline Fernandez opposite Pawan and Ismart Beauty Nidhi Agarwal are starring in the film which will be released as a wallpaper gift. The film will be presented to the audience as a gift of wallpapers. 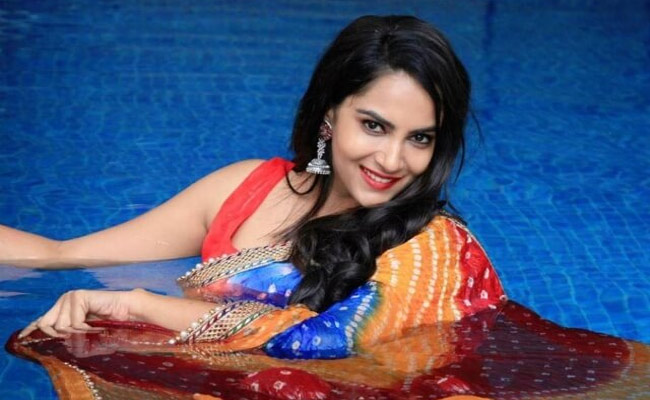 Read: (Jayasudha in shocking look .. Fans in anxiety!)
(Meena refuses to act like that on screen)