No star kid from the current generation garnered love like Sara Ali Khan after their debut. We still remember when Sara made her debut with Abhishek Kapoor’s Kedarnath, people were mesmerised by her simplicity. Before the release of her debut film, Sara would often be spotted in her simple salwar kameez and greet the paparazzi with namaste. Apparently, owing to the same reason, many audience, who couldn’t connect with other star kids, found a sense of relatability with her.

In her recent conversation with Elle magazine, Sara admitted that she is not very fond of luxury brands, and she prefers salwar kameez and juttis from Sarojini Nagar.

Sara said, “I was a large girl while growing up, so somehow I developed a sense of self that has nothing to do with the way I looked and how I was perceived. I was happy within; I didn’t care if people saw me as fat or thin. I never measured myself like that. I am truly a simple, desi girl at heart. Maybe that’s what people relate with. I don’t like spending a lot of money. I am not brand conscious at all. I am happy in my salwar kameez from Sarojini Nagar and jhutis than in brands that cost more than my monthly income.”

ALSO READ: Saif Ali Khan On His Paternity Break: Who Likes To Work With A Newborn At Home?

In the same interview, Sara also asserted that she has never looked at herself as a celebrity. Much to our surprise, despite being a part of the film fraternity, she does not like the word ‘star.’

“This elevation of people in my profession to a non-human status is not something I relate to,” averred the Simmba actress.

With respect to work, she is ecstatic about her upcoming project Atrangi Re with Akshay Kumar and Dhanush, and has been giving all of her time to it. The film is slated to release on February 14, 2022. 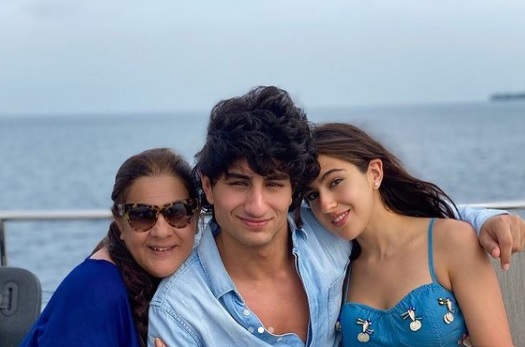 ALSO READ: Sara Ali Khan On Her Bond With Brother Ibrahim: He Is The Smarter One & I Take His Opinion On A Lot Of Things