Who is Pamela Goswami, the BJP leader arrested with 100 gm of cocaine in Kolkata

Bharatiya Janata Party’s (BJP) yuva face in Kolkata, although not a well-known face in state politics, Pamela Goswami is now behind the bars for the possession of 100 gm of cocaine. Goswami, the state secretary of Bharatiya Janata Yuva Morcha (BJYM), was along with a friend Prabir Kumar Dey in her car when both of them were arrested on Friday for possessing the contraband.

Social worker and politician, BJP youth leader, Goswami joined the party in 2019 and was enlisted in the BJP camp at a press conference held by state BJP president Dilip Ghosh. This was shortly after Trinamool Congress leader Mamata Banerjee’s July 21 meeting in 2019.

Popular Bengali actress Rimjhim Mitra also joined the saffron party along with Goswami in 2019. Goswami was quite active on the ground and wooing young voters, the witness to which is her social media profile. Pamela was made the observer of BJYM Hooghly district apart from being the General Secretary of BJYM Bengal. She constantly uploads pictures of BJP rallies on her social media. Goswami’s proximity with BJP leaders like Mukul Roy and BJP Yuva Morcha national president Tejashwi Surya can be assessed by the pictures she posted on her Facebook. 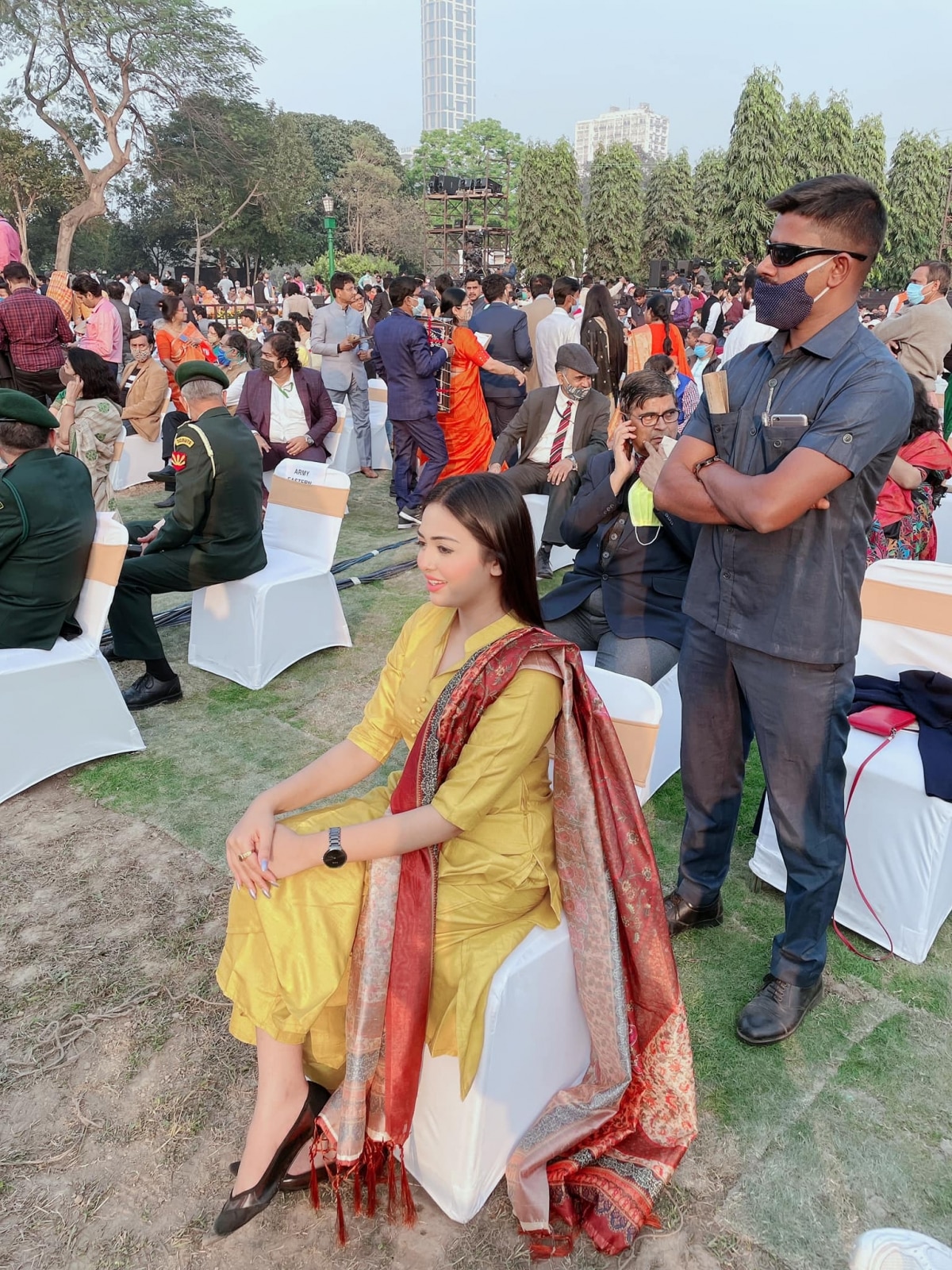 Her social media profiles are also proof of how politically vocal Goswami is. She commented on international pop star Rihanna’s tweet on the ongoing farmers’ agitation in the country and wrote, “Restrain speaking from the internal issues within the territory of India without sufficient information and knowledge! The “Real Farmers” are ashamed of such terrorist, the middleman who deprived farmers all this while! Their violent agitations are on with terror funds in support of Congress.”

Goswami was also a model before joining politics. She was also an air hostess and a Bengali television actress.

Sources say Pamela Goswami would often stop at a particular spot. The police have observed her movements and had prior information that she was carrying cocaine in her car.

On stopping her car, the cops searched her bag and found narcotics in her bag and car seat. Pamela Goswami and her friend were taken to Kolkata Police headquarters in Lalbazar from New Alipore Police station for further interrogation by the police. While being taken to the police station, Pamela Goswami shouted from inside the police vehicle saying, “I have been falsely accused”.

Reacting to her arrest, state BJP spokesperson Samik Bhattacharya said that they are not sure if this entire event was planted. “The model code of conduct is yet to come into effect and the police are still under the state government. So, anything can be possible. We need to see whether the packets were planted inside her vehicle and her bag.”

Bengali actress, politician and Member of Parliament from Hooghly, Locket Chatterjee said that the party is gathering all the facts in this case. “I have no faith in the Bengal Police. In the past, the Bengal police have tried to falsely implicate BJP leaders in false weapons and drugs cases. After thorough scrutiny of the facts, appropriate action will be taken in this case.” Lockett said that mere arrest of someone does not mean that the person is guilty.

(With inputs from Prema Rajaram in Kolkata)

Brought oxygen from Singapore from waterway

Cancellation of buses coming to AP