Yes, you read that right. The pawri is all that Indians and Pakistanis are talking about on social media after the neighbours united to shower all their love on the Pawri Girl Dananeer Mobeen. Filmstars to cricket stars, and us commoners too, of course, are giving our respective twists to the Pawri Ho Rahi Hai trend and why not. Anything that helps bring a smile on our lips – behind those masks though – is a welcome diversion.

Indian Twitter meanwhile, had a lot to say to Rihanna after a topless photo of hers went viral. No, not because she went topless and posed for a photo, but the fact that she had a Ganesha pendant on in the pic. The ‘Toolkit’ case also made headlines this week, and what came as a defining moment in India’s #MeToo movement was a Delhi court quashing a defamation case filed by MJ Akbar against Priya Ramani. You can read more on that here.

And now, stepping away from the news.

Our pick from the kitchen is Aloo Tikki Burgers this week. Try your hand at some over the weekend and lap it up with piping hot chai.

What we are reading this week: A Burning by Megha Majumdar, which might just be a page out of any newspaper from India 2020. You will find characters who look like they are picked out of real life. The book was among the fiction favourites in the West last year. Deservedly? You decide.

On OTT, Georgekutty is back with Drishyam 2. Mohanlal’s latest film is currently streaming on Amazon Prime and has received rave reviews. The small screen sees its most exciting night (we’re not betting too much on that) this Sunday – the grand finale of Bigg Boss 14. Who will win this season?

And finally, a reminder to keep your mask on. It is the Covid-shield before you get your dose of Covishield (or whichever vaccine you get when you get, if at all you get it). Have a fun weekend but don’t go pawrying yet.

Pawri Ho Rahi Hai, bas. That’s all. Little did Dananeer Mobeen know that her Pawri will escalate a party on social media. The Pakistani influencer became an overnight sensation after she posted a video of her Pawri with her friends on social media last weekend. Her short clip has garnered over 3 million views, with Yashraj Mukhate accelerating the trend by creating a mashup of Dananeer’s Pawri video. Pawri is basically Dananeer’s pronunciation of party and with that, the internet has found something new to obsess over.

Brands such as Zomato, Netflix, Amul and Swiggy also created Pawri memes while netizens made their own versions of the video and shared it online. Celebrities including Smriti Irani and Randeep Hooda also contributed to the trend. In case you want to know more about Dananeer, here you go. Pawri aside, Dananeer also shares interesting stuff on Instagram including her opinions on mental health, travel posts and recipes. Check it out.

The Pawri atmosphere, however, couldn’t prevent outrage online. Rihanna made headlines after she posed topless for a lingerie brand shoot and shared the picture online. What particularly enraged several sections was the fact that Rihanna was seen wearing a neckpiece that featured a pendant of Lord Ganesha. The international singer was censured all across social media while political analyst Shehzad Poonawalla added that Rihanna’s post hurt his sentiments.

Earlier this week, 21-year-old climate activist Disha Ravi’s arrest in the Greta Thunberg toolkit case, also caused enough pandemonium on Twitter. That apart, the internet celebrated after a Delhi court dismissed former Union minister MJ Akbar’s criminal defamation complaint against journalist Priya Ramani. In his defamation suit, MJ Akbar claimed that Priya Ramani caused damage to his “stellar reputation” by accusing him of sexual harassment in an article written in 2017 and a tweet posted in 2018.

Priya Ramani’s charge against MJ Akbar emerged in the backdrop of a global MeToo campaign that began with a series of allegations against film producer Harvey Weinstein in the US in 2017.

That’s all for now. Head over to the next section for we promise to make you smile.

SOMETHING TO MAKE YOU SMILE

Pandas are pure love. Shot in Russia’s Moscow Zoo, this video of a panda playing in the snow has delighted social media.

Female panda Dindin tumbles and rolls in the snow at Moscow zoo pic.twitter.com/rs3K1p9IDt

Also, don’t miss this video of Serena Williams’s daughter Alexis practising tennis on the court. It’s so cute that we are sure you will watch it on loop.

DON’T FORGET TO WORK OUT

The weekend is here and so is the dose of motivation for you to hit that yoga mat. We know that weekend is for getting that much-needed rest, but nothing relaxes the mind and body like yoga. So, here’s Malaika Arora doing the Navasana (Boat Pose) for one of her ‘Malaika’s Move of the Week’ posts. The star also shared steps to do the pose correctly in an Instagram post along with a picture of herself nailing it. This pose helps you improve confidence while building willpower, determination and self-control. It is very effective in strengthening the abdominal and core muscles.

This week burger and ice cream trended on social media. But don’t get too excited because it was definitely not for appetising reasons. A video of a man making ice cream with a McDonald’s Chicken Burger went viral recently. Yes, we feel disgusted too.

So, in case you too need your mind and tastebuds to be cleansed from this horrific sight, we have a solution for you. Why not make delish and easy Aloo Tikki Burgers at home. To satisfy your taste buds with this snack, start by mashing boiled potatoes. To this add a little cornflour, coriander leaves, green chillies, ginger paste, garam masala, chaat masala, salt and red chilli powder. Make a smooth dough out of it. Divide this dough into small balls and flatten them. Shallow fry these tikkis on medium heat. Then slice up onion rings, lettuce and tomatoes to add to your burger. For the sauce, mix up chilli sauce with some mayonnaise, garlic powder and black pepper.

Now, toast some buns, spread the sauce on it and place the aloo tikki. Then place lettuce, onion and tomatoes over the tikki. Top it off with another dollop of the sauce and place the bun on top. Serve! 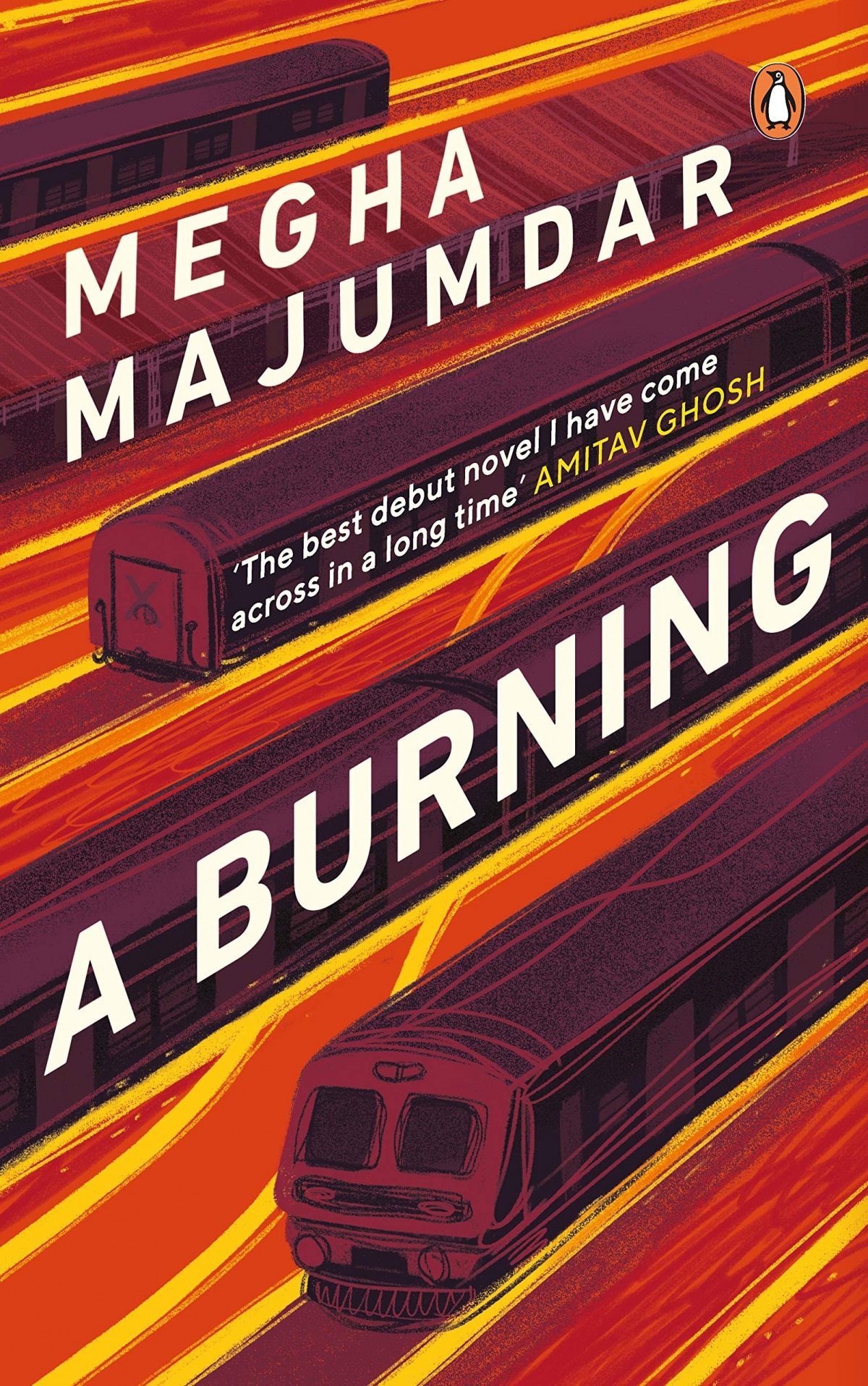 Megha Majumdar’s debut novel, A Burning, talks about myriads of topics – class, fate, corruption, injustice and fame. The book is set in Kolkata, where a young Muslim woman, Jivan, witnessed a group of men torch a standing train, killing over a hundred people. She then shares a Facebook post about the incident, leading to her arrest on suspicion of committing the terrorist attack herself. If the premise doesn’t intrigue you already, consider this: A Burning has received rave reviews from critics, especially in the West. 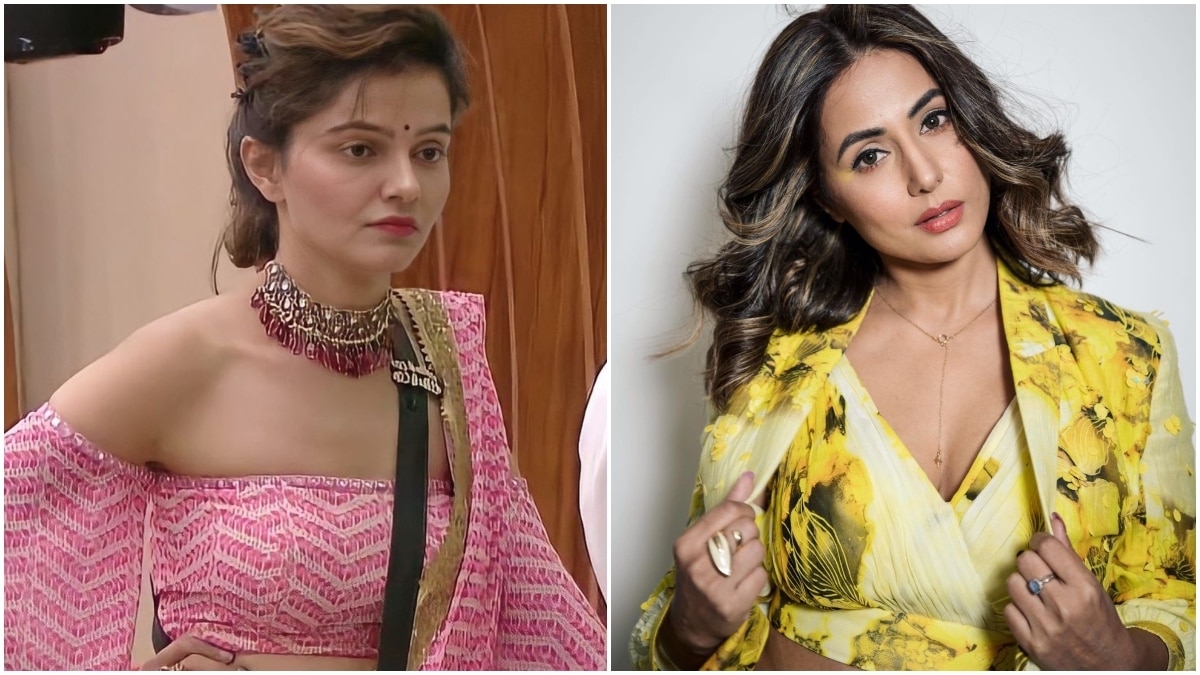 On this week’s Fashion Friday, as Bigg Boss 14 comes to an end, we take a look back at the best looks that contestants such as Rubina Dilaik, Aly Goni, Nikki Tamboli and Jasmin Bhasin gave us this season. From pretty ethnic looks to fashion co-ords to tailored suits, this season saw some great looks. Read on to know more.

Just a few more days and we shall get to experience the magic that’s been lacking from movies these last few months. Theatres are running to 100 per cent occupancy now, aur isi mauke pe Bollywood ne chauka maar diya hai. Forgive us, IPL season officially starts, after all. Cricket joke toh banta hai. So in Bollywood, YRF has announced the release dates of five films, starting March and going up to November 2021, and we also have Roohi arriving on March 11. There’s still no official word on Sooryavanshi and 83, only speculation. We’re keeping an ear on it. But down South, things are very different. While Bollywood plays the wait-and-watch game, its southern counterparts are blazing ahead, releasing (or at least announcing) one blockbuster after another. Can Bollywood catch up or will it fall behind? Whatever it is, brace yourself for some great movies.

While we wait for new ones, here’s relooking at some old gems as well. On Monday Masala, we revisited Ranveer Singh and Alia Bhatt-starrer Gully Boy. On Tuesday Trivia, we learnt how Queen Elizabeth ll spent 20 mins on Kamal Haasan’s Marudhanayagam sets. Wahiyat Wednesday went to Ekk Deewana Tha, where we asked “aakhir kyu thaa bhai?” And on Throwback Thursday, we jumped back to Sonam Kapoor’s Neerja, and how it gave us the hijack sub-genre.

We also have a special recap story on Drishyam, now that Drishyam 2 released on Amason Prime Video. Next stop, OTT.

ON YOUR OTT SCREENS

What to watch: Drishyam 2

You will like it if you have watched: Drishyam

Eight years after the release of Drishyam, actor Mohanlal is returning with the second instalment of the superhit film. Drishyam 2 began streaming on Amazon Prime Video today. It takes off from where the film ended. Mohanlal, Meena, Ansiba Hassan and Esther Anil are reprising their roles as Georgekutty, Rani, Anju George and Anumol George, respectively. Read our review here.

What to watch: Pitta Kathalu

You will like it if you liked: Kutty Story

What to watch: Behind Her Eyes

You will like it if you liked: Sharp Objects

Behind Her Eyes is based on the bestselling novel of the same name by Sarah Pinborough. It revolves around Louise (Simona Brown), a single mother who has an affair with David (Tom Bateman), a psychiatrist and her boss. Things take a strange turn when Louise befriends his wife Adele and finds herself inevitably caught in their web of lies and deceit.

What to watch: The Crew

You will like it if you liked: Highway Thru Hell

This comedy show stars Kevin James as the NASCAR crew chief of a fictional racing team. When the owner of the team assigns the team to his daughter and steps down, it is up to James to stop the millennial girl from making changes to modernise the team. Also starring Jillian Mueller, the show started streaming on February 15.

What to watch: I Care A Lot

You will like it if you liked: Ocean’s Eight

Marla Grayson (played by Rosamund Pike) is a court-appointed guardian of dozens of elderly wards but she isn’t what she seems to be. Grayson is more focused on draining the savings of her wards for her own profits. However, when she tries to seize a woman named Jennifer Peterson’s assets, things don’t go as planned. The film started streaming on February 19 and also stars Peter Dinklage, Eiza González and Dianne Wiest.

You will like it if you liked: Made in Heaven

Ekta Kapoor’s hit drama series Dev DD returns with its second season. Starring Asheema Vardan, Sanjay Suri, Nauheed Cyrusi and Aman Uppal in pivotal roles, the show follows Devika, a headstrong woman who lives by her own rules. Dev DD has been conceptualised on Devdas and this time it will delve into the perception and representation of the LGBTQ community.

What to watch: Indian Idol 12

Where to watch: Sony TV, 8 pm (Saturday and Sunday)

This weekend, Indian Idol 12 will take the audience back to the golden era of Pyarelal ji and his wife from the popular musical duo Laxmikant-Pyarelal will be guests on the singing reality show. The contestants will welcome the couple with flowers. Meanwhile, Jubin Nautiyal will also be seen in the episode to cheer his favourite contestant Pawandeep Rajan, who also hails from the same state as the singer.